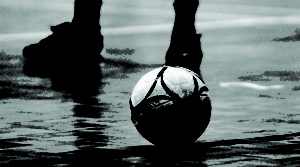 Comps and nights subject to change

Laws of The Game

Ipswich Futsal enforces the FIFA Futsal Laws of the Game (pdf) with the addition of all slide tackles being prohibited.

Some of the main laws that players should be aware of when playing futsal are as follows:

From Law 3 - The Number of Players

Each team must have at least 3 players to take part in the match.

From Law 4 - The Players' Equipment

From Law 8 - The Start and Restart of Play

From Law 9 - The Ball In and Out of Play

The ball is out of play when:

There is no offside in futsal

From Law 12 - Fouls and Misconduct

From Law 16 - The Goal Clearance

Referees are to show the four (4) second count for kick-ins, corners and goalie possession.